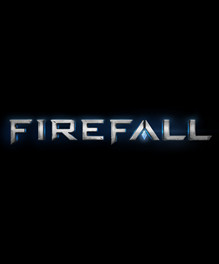 Firefall was shut down on July 7th, 2017. A post on developer Red 5’s homepage on July 5th announced the shut down and offered a farewell as well as the promise of a spin-off mobile version of the game. The full statement read:

With heavy hearts, we regret to inform you that after much review and analysis, Red 5 Studios have decided to suspend the Firefall efforts on 7th, July 2017. Thank you for being an important part of the Firefall experience and for your loyalty and dedication to the online community.

Your efforts and loyalty will not go without recognition, however. Firefall is currently developing a mobile version of the game and all of Firefall’s founders and players will be rewarded greatly in the new game. We will be sure to provide everyone with more updates as we have them.

Thank you for your support and enthusiasm throughout the years; we will see you at the next battle.

Firefall was first announced at the Penny Arcade Expo in September of 2010 and was promised for release in 2011. Instead, the game remained in an “extended beta” format until July 29th, 2014 when it was officially released on PC and Steam. Leading up to its release though, the game suffered several setbacks including the retooling of its underutilized player-versus-player mode, accusations of CEO Mark Kern’s leadership, and a “reorganization” that resulted in a portion of Red 5 staff being laid off.

In 2015 Red 5 suffered more internal woes with missed paychecks and ultimately more of the team being let go after the departure of CEO Mark Kern himself. In 2016 The9, a Chinese online games operator who owned a majority interest in Red 5, attempted to move some of its money through a Cayman Islands company that folded shortly after. Allegedly the majority of the Red 5 team was laid off in July of 2016 surrounding these events. Firefall servers went offline in August but returned relatively quickly only to once again go down for two weeks in December.

By January 2017 the game was online but communication was silent from either Red 5 or The9 until July 5th when the game’s end was announced. Massively Overpowered chronicled the game’s tumultuous history and posted a recap of these events at the beginning of 2017.

“Players begin their journey in Firefall as an ARES pilot, an elite operative contracted by the Accord to reclaim Earth by leading the fight against an invading race known as the Chosen. Outfitted with military-grade battleframes, players will be able to collect equipment and materials to customize and strengthen their arsenal of weapons and abilities, while experiencing Firefall’srich lore and engaging content.

Firefall features campaign missions and exciting quests as well as dynamic events that appear throughout the world, offering players new experiences throughout as they embark on their adventure. As players explore the vast open-world from New Eden to Devil’s Tusk, they will encounter unique dynamic events, such as melding-fueled tornadoes, crystite meteor showers and Chosen incursions, which will bring new and exciting challenges to their Firefallexperience. In addition to all of the PVE content, Firefall also features a large open-world PVP continent, where players can test their shooting skills and tactical abilities against other players to control outposts and resources in this hostile environment.

Firefall will be available completely free-to-play, with opportunities for cosmetic and convenience upgrades. Special Firefall Launch Packs are also available for purchase, which will include items ranging from the exclusive multiplayer vehicle to a digital soundtrack and a concept art-book. For more information about the digital content packs and early access, visit www.firefall.com.”
– Firefall press release