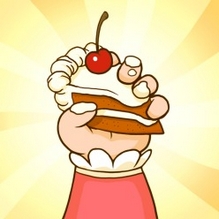 Sony announced in early October of 2016 that online features for Fat Princess: Piece of Cake would be discontinued on iOS, Android, and PlayStation Vita. The mobile versions were retired on December 1st, 2016 and the Vita version on January 1st, 2017.

Those who had downloaded the game on Android or iOS by these dates are able to continue playing in offline mode. Despite the official announcement below, site reader ffdm pointed out that the game can still be downloaded from the PlayStation Store, given a few limitations: In-game purchases were stopped in early October alongside the announcement and the ability to receive a voucher for the PlayStation 3 title, Fat Princess, was also disabled.

While the game received generally positive ratings on all three platforms it had logged only 100 – 500,000 installs on Android with presumably far fewer active players. It also appears that developer One Loop Games has ceased operation; all founding members of the small team left in early 2015 after the game’s launch on Android and Vita. The combination of a dwindling user base and departed developer are most likely the cause for the game’s retirement. The brief statement from Sony follows:

Online features for Fat Princess: Piece of Cake will be discontinued on January 1st, 2017 at 12:00am PDT. We have immediately disabled the ability to make new in-game purchases. After January 1st, you will no longer be able to:

“Rescue the Princess! Fat Princess: Piece of Cake takes the comic medieval battle royale to the next level with a brand-new free-to-play strategic match-3 game. Charge into battle with 4 different character classes! Make matches to smash through the blue army! Collect gems to upgrade your troops! Feed cake to the princess to unleash her devastating slam attack! Trigger massive combos and save the kingdom!“

Fat Princess: Piece of Cake is completely free to play, however some in-game items such as power-ups and character upgrades can be acquired through in-game purchases.