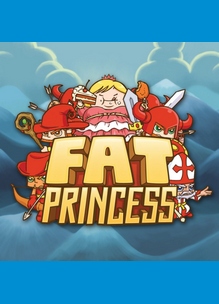 Fat Princess was delisted from PlayStation 3 some time between February and June of 2019. February is the last month that PSPrices shows the game was available and early June is when forum posters began noticing the game was no longer on sale. The game was likely removed from sale as online features were retired to consolidate resources among Sony’s titles.

The game remains available in a couple of forms. The original PlayStation 3 version is included on a disc as part of the Best of PlayStation Network – Volume 1 release while the PlayStation Portable title, Fat Princess: Fistful of Cake, offers all the original content as well as additional modes and maps. Fat Princess was also reportedly available on Sony’s streaming PlayStation Now service through the end 2019, although online multiplayer features may now be unavailable, if the title is present at all.

“Rescue your beloved princess through teamwork in this comic medieval battle royale. There’s a catch, though—the other team has been feeding her magical cake, making her harder to escort back to your castle. Choose from five distinct character classes and switch at any time to best help your team. Charge head first into battle, heal teammates as they break through enemy lines, and upgrade your team and the castle defenses as you work with your team to save your princess.“