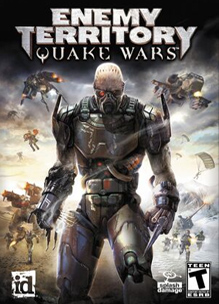 Enemy Territory: Quake Wars was delisted on Steam no later than December 3rd, 2011 when the earliest mention of its absence was archived. By December 7th, 2011 another owner had inquired about its disappearance with Activision Support. Although replies to the Facebook post are no longer archived, a comment on developer Splash Damage’s forums reports that Activision’s response was that “we’ve been told that the game is now licensed by Id Software”.

ZeniMax acquired id Software and its intellectual properties in June of 2009, in the middle of what is assumed to have been Enemy Territory’s lifespan. It is likely that Activision and ZeniMax agreed to let the game remain on sale for a period that seemingly concluded at the end of 2011. ZeniMax apparently did not seek to keep the game alive after this point as developer Splash Damage was already working on Brink for Bethesda Softworks.

Despite the untimely retirement of Enemy Territory, Splash Damage fondly recounted their experiences making the game for its 10th anniversary and even continue hosting the ET:QW demo, client and server programs, patches and mods to this day. Fans also continue to play the game in 2021 and offer many resources at QW Landing and the TAW ETQW Discord server for newcomers.

Taking place in the year 2065, the game lets you play as the GDF or Strogg in one of five unique character classes, either online or offline with computer controlled AI teammates and opponents. Employing an arsenal of weapons, vehicles and deployable armaments, engage in an action-packed test of skill and coordinated teamwork through a series of combat objectives. Persistent character growth and achievements reward players for teamwork, while clearly defined mission and class objectives guide new players to meaningful contributions on the battlefield.