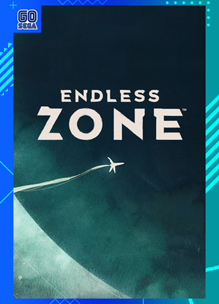 Waaaaay back — before Endless Legend, before Dungeon of the Endless — Opbot was just another Field Surgeon and Organ Recovery Specialist in the Mezari military.

Then, one day, something happened… and Opbot found themself on the run. In a stolen escape pod (with, fortunately, several gun emplacements), they will attempt to flee the Mezari empire, escape the tendrils of the Unfallen, avoid getting eaten by Cravers, and find a way out of a temporary breach into the Riftborn universe!

For SEGA’s 60th anniversary, we’re putting our favorite android through the wringer in homage to one of our favorite SEGA console games: Fantasy Zone.

Opbot got stuck in the Endless Zone. Can you get them out?