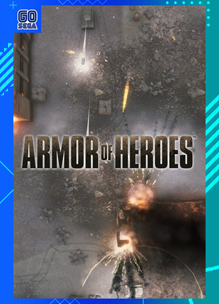 In celebration of SEGA’s 60th Anniversary, SEGA has taken the retro thrill of old school tank battles and polished them up with a modern spit shine, integrating art and models from Relic Entertainment’s beloved Company of Heroes series.

Play solo, team up against the AI, or go head-to-head in all-out 4 player PVP battles!

Four levels from small to large with destructible scenery

Remote Play Together – invite a friend, let them take a tank