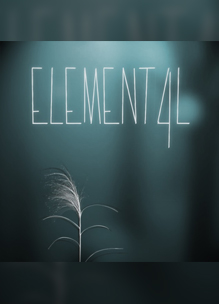 Element4l was likely delisted from the PlayStation Vita in Japan between December 28th, 2016 and early 2017. Publisher Unity Games Japan announced that four related titles on the Nintendo Wii U eShop would be delisted in Japan on December 28th.

It is likely that the delisting relates to the closure of Unity Games Japan and its parent company, Unity Games. Neither organization published another game after 2016 and all of their released titles were delisted by 2018. Element4l remains available on Steam and PlayStation Vita in Western territories where it was published by i-illusions themselves.

“Element4l is an immersive and experimental indie platform game, with a strong focus on flow and smooth gameplay, wrapped in an exceptional soundtrack by Mind Tree.

In Element4l, you control four elements who are bound together on a journey to shape life. Your only hindrances are nature and the sun. It takes a different, innovative approach to classic platform games and challenges you to rearrange your reflexes.