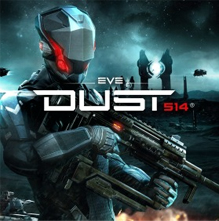 On February 3rd, 2016 a post was made to the Dust 514 forums by team member CCP Frame announcing that the game would be shutting down on May 30th, 2016. Despite CCP’s ambitious plans at launch it became clear that implementing content expansions required more time and money investment than expected.

The forum post admits “the years have caught up with us” and adds “we quickly discovered in that effort that [we] could never serve as a future-proof technology base for a full production game.” Taking what they had learned from Dust, the Shanghai-based development team had moved on to a new PC first-person shooter set in the same EVE universe and utilizing some of Dust’s components.

February 3rd also saw the removal of purchasable in-game content and confirmation that a promised 1.3 update was no longer going to be released. The post also promised “tiered recognition rewards” in a future product for players of Dust 514. On May 30th, 2016 the official Dust 514 Twitter account tweeted a salutation to its players, “Broadcasting to all mercenaries: Thank you. And we will see you in the next chapter. o7”