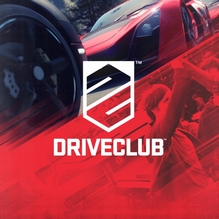 Sony revealed in mid-March 2019 on the PlayStation Europe Decommissioned Servers support page that Driveclub, Driveclub VR, Driveclub Bikes and all associated DLC would be removed from sale on August 31st, 2019. The games were likely delisted due to expired licensing from the vehicle manufacturers featured within, as well as the loss of all online functionality which Sony set to take place on March 31st, 2020. The full announcement follows:

Online servers for DRIVECLUB, DRIVECLUB VR and DRIVECLUB Bikes will shut down on 31st March 2020, 23:59 BST. All online features (including online multiplayer modes) will cease on that date. You will still be able to play and enjoy these games in single player offline modes. However, the games have significant amounts of online gameplay, so from 31st March 2020, functionality will be affected in the following ways:

You will not be able to:
– Use your season pass online.
– Represent your Club online in multiplayer events or tours.
– Play online multiplayer and compete in challenges.
– Create your own events.
– Compete in leader boards, or share stats and player progress.

PlayStation will cease selling DRIVECLUB, DRIVECLUB VR, DRIVECLUB Bikes and all DLC and season passes related to those games from 31st August 2019, at 23:59 BST.

As of August 31st all Driveclub titles were removed from sale as scheduled in Europe, Australia, and Japan but remained on sale across North America. As of September 2019 Sony has made no announcement about the games’ removal or end of their online features in North America. Driveclub and Driveclub VR remain available globally on physical media but Driveclub Bikes was released only as a download.

Get ready for a PlayStation 4 racing game like you’ve never seen. Developed by Evolution Studios, the team behind the best-selling MotorStorm® franchise, DRIVECLUB™ is all about you and your friends. It’s about teamwork; it’s about everyone fighting for one another and earning rewards together – and most importantly it’s about sharing in the sheer thrill of every race.

Enjoy the excitement of high-speed solo racing, or join a racing club to discover what DRIVECLUB is all about. Created specifically with the next-generation gamer in mind, DRIVECLUB leverages the networking power and social capabilities of the PS4 to seamlessly and immediately connect you and your friends, always allowing you to share your experiences, send and receive challenges, and keep up to speed with your team’s performance.

DRIVECLUB brings to life the heart and soul of car culture. An incredible, authentic and immersive PS4 driving experience, DRIVECLUB makes you feel the exhilaration of driving the most powerful and beautifully designed cars in the world; all rendered in staggering detail, inside and out as you race them in richly detailed real-world locations alongside your Club.