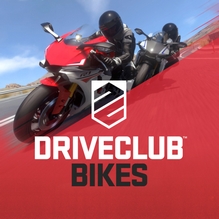 Sony revealed in mid-March 2019 on the PlayStation Europe Decommissioned Servers support page that Driveclub, Driveclub VR, Driveclub Bikes and all associated DLC would be removed from sale on August 31st, 2019. The games were likely delisted due to expired licensing from the vehicle manufacturers featured within, as well as the loss of all online functionality which Sony set to take place on March 31st, 2020. The full announcement follows:

Online servers for DRIVECLUB, DRIVECLUB VR and DRIVECLUB Bikes will shut down on 31st March 2020, 23:59 BST. All online features (including online multiplayer modes) will cease on that date. You will still be able to play and enjoy these games in single player offline modes. However, the games have significant amounts of online gameplay, so from 31st March 2020, functionality will be affected in the following ways:

You will not be able to:
– Use your season pass online.
– Represent your Club online in multiplayer events or tours.
– Play online multiplayer and compete in challenges.
– Create your own events.
– Compete in leader boards, or share stats and player progress.

PlayStation will cease selling DRIVECLUB, DRIVECLUB VR, DRIVECLUB Bikes and all DLC and season passes related to those games from 31st August 2019, at 23:59 BST.

As of August 31st all Driveclub titles were removed from sale as scheduled in Europe, Australia, and Japan but remained on sale across North America. As of September 2019 Sony has made no announcement about the games’ removal or end of their online features in North America. Driveclub and Driveclub VR remain available globally on physical media but Driveclub Bikes was released only as a download.

RIDE TOGETHER, WIN TOGETHER

Prepare for the most immersive and dynamic superbike racing experience you’ve ever played.

Create events from scratch to ride day or night, and play with the fully customizable weather conditions to make every event unique.