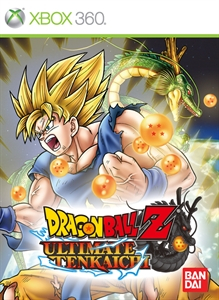 The Xbox 360 Games on Demand version of Dragon Ball Z: Ultimate Tenkaichi was delisted in North America in March of 2018 according to reporting by TrueAchievements.com. The game was likely delisted on PlayStation 3 at around the same time.

The cause of the delisting is unknown, but may have been a result of expired licensing or a change in Bandai NAMCO’s corporate structure. Both versions remain available on physical media in all territories in which it was released.

Dragon Ball Z® Ultimate Tenkaichi features upgraded environmental and character graphics, with designs drawn from the original manga series. Destructible battlefields, including massive craters and ki blasts cutting across the sky deliver a more dynamic experience and immediate sense of urgency to the exhilarating fights. An enhanced story mode drops players into the rich Dragon Ball Z universe, filled with beloved characters and powerful enemies. An accessible battle system allows gamers of all ages to hold their own in fast-paced battles, while still retaining tactical depth for hardcore fans.