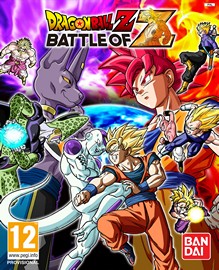 Dragon Ball Z: Battle of Z was likely delisted on Xbox 360, PlayStation 3 and PlayStation Vita across Europe in late 2016. The last confirmed availability was November 24, 2016 on Xbox 360 in the UK. The game remained available to download in North America and Japan through March of 2018 according to TrueAchievements.com.

The 2016 delisting led to the conclusion that a separate licensing deal may have been struck solely for the European territories. It could also be that the game underperformed in these regions and Bandai NAMCO chose not to renew or continue support for the digital versions.

The game was relisted on Xbox 360 some months later in December of 2018 and remained available until 2021; likely delisted between April and May alongside the Budokai HD Collection. Like the rest, Battle of Z was likely delisted due to expired licensing of the Dragon Ball property.

As of June 2022 the only digital versions that remain available are on PlayStation 3 and PlayStation Vita in Japan. The game remains available on physical media for all three platforms in all territories.

“DRAGON BALL Z BATTLE OF Z takes the battle to new heights with original and unique fighting gameplay. Focusing on team battles, you will be able to battle online with or against your friends in frantic multiplayer modes up to 8 players simultaneously. “