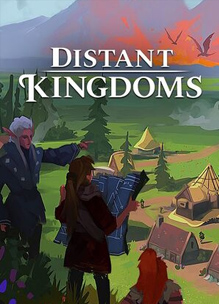 Orthrus Studios founder, Oliver Smith, announced on the company’s LinkedIn page in early August of 2021 that he and the studio had been “made redundant”. With no active publisher, Orthrus’ only credited title on Steam, Distant Kingdoms, was then removed from sale on September 14th, 2021.

As of today myself and my entire team at Orthrus Studios have been made redundant. We worked our hardest on Distant Kingdoms, but sometimes the work and a good product just aren’t enough.

I am incredibly grateful to the people who helped make this 4.5 year dream a reality, and my colleagues are all INCREDIBLY talented people, some of whom I firmly believe are the next great minds of Game Development.

It’s been a very difficult few days, but when I look back on things, I’m very proud of what we accomplished, releasing a complex Genre Blending City Builder game like Distant Kingdoms was hard work but also incredibly rewarding to see players enjoying it.

Shortly before the delisting, on September 8th, developer Kasedo Games posted a message of their own to the game’s Steam Store page to explain some of the situation. They also confirmed that support and development of Distant Kingdoms had stopped but expressed hopes that they could regain control of the game somehow.

It is with regret that we must inform you that our development partner for Distant Kingdoms, Orthrus Studios, has ceased trading and is therefore unable to continue work on the game. While we are surprised and disappointed at this news, we are looking into various options whereby development could potentially continue. However, in the interest of transparency, there will be no ongoing support for the game for the foreseeable future.

We understand that this is disappointing news for fans of the game and we truly appreciate the support that has been given for Distant Kingdoms so far. Due to legal commitments, we will be unable to comment on ongoing discussions but we will endeavour to provide an update as soon as there is more news on the future of the game.

Help the Humans, Dwarves, Elves and Orcs of Talam begin anew in the fabled land of Ineron. Build a sprawling network of towns and villages as you forge a new civilisation. Research new technologies and dabble in magical conjuration to support your growing settlements. Accessible for beginners, with complex and deep gameplay for experienced city-builders.

Explore a new world filled with secrets, sending out adventuring parties into the unexplored mists. Help decide their fate through a choose-your-own-adventure style quest and event system. Deal with troublesome creatures, from Dragons to Imps, Wraiths and Trolls and venture into deep, dark and curious dungeons spread across the map.

Provide for your population’s needs through a deep web of production lines, as they move through the social strata from peasant to noble, catering to each race’s desires. Help the humans, dwarves, elves and orcs come together across multiple maps and scenarios in a future grand campaign to save civilisation from apocalyptic ruin.