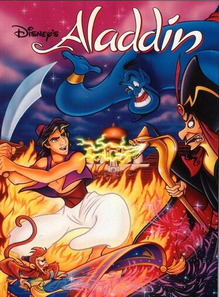 Disney’s The Lion King and Disney’s Aladdin were delisted from Steam on June 14th, 2019 when their price was set to $0.00. It was then announced on July 8th, 2019 that both titles would also be removed from sale on GOG.com the following day, July 9th.

On August 28th, 2019 Disney and Nighthawk Interactive announced the October release of Disney Classic Games: Aladdin & The Lion King, a bundle including both titles along with alternate versions and archival extras. This release was undoubtedly the cause behind the delisting of the original PC titles.

“For years, Jafar, the Sultan’s evil advisor, has sought a magic treasure – a single lamp that holds the key to the greatest power in the world. With his goal in sight, Jafar learns that only one person in the world can claim the magic lamp from the dreaded Cave of Wonders – one whose rags hide a heart that is pure; a diamond in the rough!

Join Aladdin and his pet monkey, Abu, as they race through the marketplace toward their date with destiny. Watch as Jafar tricks our hero and his friend into retrieving the lamp from the dangerous Cave of Wonders. But, Aladdin and Abu outwit Jafar, releasing the power of the wacky blue Genie! Now, Aladdin will have the chance to spoil Jafar’s devious plans and win the hand of the beautiful princess Jasmine. But it will take more than magic to make his wishes come true…“