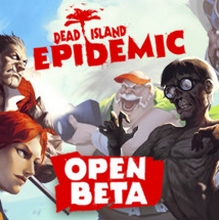 Dead Island: Epidemic was delisted from Steam on October 27th, 2015. Preceding this, a post was made to the game’s Steam Community forum on September 15th announcing the end of service for the Early Access title.

Ever since starting with the Closed Alpha, and all the way through the Closed Beta and Open Beta, we’ve received a great amount of useful criticism and encouraging feedback from our players. This has been invaluable for all the teams involved in developing the game.

Over the past weeks and months we’ve been evaluating how to proceed with Dead Island: Epidemic and looking towards the future for the game. We’re sad to announce today that we’ve come to the conclusion to cease further development.

We will be leaving the servers open until the end of October 15th (Pacific Time), during which time we’ll run a very large discount on all characters and boosts to give everyone a chance to spend any remaining currency on characters and items you may have wanted to try before, but never did.

We want to thank everyone for their support, their feedback, and their time playing Dead Island: Epidemic! The game would not have been the same without you.

“Team up with 3 other survivors and take on the zombie menace together in PVE Co-op Horde mode against masses of zombies. Or take the fight to other players in the three-team “PvPvPvE” Scavenger mode, where you’ll battle it out in a competition to grab supplies, hold key points, outsmart the competition, and blast through hordes of zombies.“