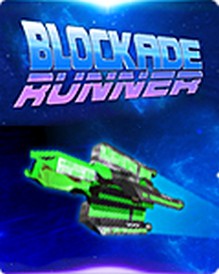 Blockade Runner was effectively delisted between February and May of 2017. The last update to the game’s homepage appears to have been in March of 2016 although the site itself wasn’t removed until December. By February of 2017 Archive.org captures show that the entire homepage (including forums and downloads) was replaced with a single ZanMgt logo. The studio’s final tweets were posted on April 28th, 2017 including a few admissions about the state of their development:

“The *other* announcement: We’ve had to part ways with our investor the past two years, and are seeking a new one.  Meantime, weekends only.”
– ZanMgt tweet (April 28, 2017)

“Like I said, we’ve got to put development on the new engine on hold until we’ve got funding squared away.”
– ZanMgt tweet (April 28, 2017)

This was apparently the last time the studio and its “six sibling team” spoke publicly about Blockade Runner. According to our submission, the game was taken down in May of 2017.

“The Blockade Runner project is a from-scratch space voxel prototype designed by a six sibling family of developers! A true labor of love, our continued goal is to make Blockade Runner a fun, quality, community-oriented game by taking an iterative approach and evolving it as it goes.

Rather than rush together the “Minecraft in Space” bullet points, we’ve been steadily designing a solid workspace that could easily support an evolving game universe with its own vivid atmosphere and style. A game where a hybrid of genres, from trading, to mining, to combat, could function together in a tight and clean multiplayer environment, and where community modifications could lead the way into expanding the game’s capability.

There’s only six of us at ZanMgt though, which means our task is to get the core of the game down, and otherwise be a shepherd for its growth! ^^“

Thanks to RLS0812 for submitting this game to the site