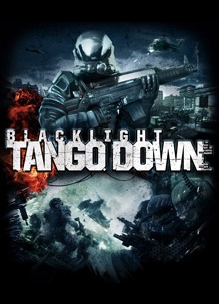 Blacklight: Tango Down was delisted from Xbox 360 in January of 2018 according to reporting from TrueAchievements.com. It was delisted at this time alongside other titles from Ignition Games and may have been removed in a broad sweep of their catalog. The PlayStation 3 version was likely delisted around this time as well.

The game remained available on Steam for $0.99 but was apparently only playable online if the owner had a functional install of the Games For Windows Live client. LAN play may also still be accessible. Blacklight: Tango Down was eventually delisted on Steam on July 28th, 2020 alongside Magical Drop V, both titles from defunct publisher Ignition Entertainment. Zombie Studios, the game’s original developer, closed in 2015 and Hardsuit Labs subsequently acquired the Blacklight property including Retribution which Zombie had also developed. Hardsuit continued to keep Retribution online until March of 2019.

In Blacklight: Tango Down, experience the bleeding edge of advanced warfare. Participate in the “NetWar”: a hyper-realistic battlefield letting you fight tomorrow’s conflicts with or against your friends in the gritty Blacklight universe. Make your stand across seven game modes with 12 different maps in intense online battles supporting up to 16 players. Or fight through four intense Black Ops missions co-operatively or alone; all the while gaining experience, collecting stats, and unlocking items. Earn new weapon attachments and items, improve your abilities, and engage your Hyper Reality Visor to locate enemies and take them out. Customize your character and weaponry from among thousands of combinations to become the soldier you always wanted to be.