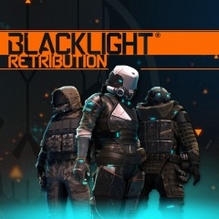 Blacklight: Retribution was shut down on PC and Steam on March 11th, 2019. Hardsuit Labs announced the news on February 8th, 2019 on the game’s Steam Community page:

All good things must come to an end, and so it is with Blacklight: Retribution.

Thank you for so much for your loyal support, and love over the years. From the initial PC Closed Beta in November 2011 to today, it has been a great 7+ years. The joy that we got out of Blacklight: Retribution is a testament to you the fans; your loyalty, dedication, support, and ultimate willingness to try our fun, quirky FPS.

Why is this happening? The reality is Hardsuit Labs has been engaged for some time now in some very interesting projects that require the full focus of the development teams and leadership. The studio capacity and resources are and have been entirely engaged with these projects and will be for the foreseeable future. As such, we officially will no longer be patching, updating, or doing technical support for Blacklight Retribution. Account migration will officially shut down as of today, as will the official support site.

Starting today, all items in the PC store will be made free, and we hope that you continue to enjoy the game and items up until the PC servers are shut down on March 11th, 2019. The PS4 version of Blacklight Retribution will continue to operate as-is since there are no game servers being hosted for it.

We welcome your feedback, comments, questions, and memories on our social media @PlayBlacklight or @HardsuitLabs, our Reddit community here and the BLR Discord channel.

Blacklight: Retribution remains available as of this writing on PlayStation 4 along with its micro-transaction currency.

“Blacklight: Retribution is a free-to-play first person shooter that lets you build out your character and play style using the latest in military weaponry. Customize your game experience in hundreds of thousands of ways – change every part of your weapons from magazines, scopes, barrels, and receivers to build your weapon of choice. Customize your character from the armor they wear to the taunts performed for your enemies. Loadout with grenade launchers, rail guns, flamethrowers and mini-guns! Build your loadout and character to best suit your play style and personality.

Access the latest in warfare including the Hyper Reality Visor (HRV) that enables you to see opponents, teammates, and Weapon Depots through walls or deploy a Hardsuit with a mounted chaingun and railgun.

Fight in over 10 maps in various game types including Deathmatch, Team Deathmatch, Kill Confirmed, and Capture the Flag. Team up with your friends in Onslaught and survive the infected swarm of SIVs as they overrun the city.“