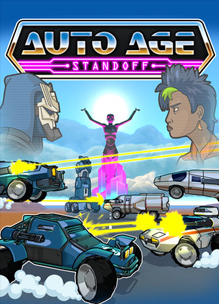 Phantom Compass announced on April 6th, 2022 that Auto Age: Standoff would be removed from Steam on May 9th with online services discontinued in the “coming weeks or months”. The team’s announcement and explanation follows:

Thanks to all those who played Auto Age: Standoff since the game launched in 2017. We appreciate your support and your feedback over the years.

Sadly, Auto Age: Standoff will be “sunset” on May 9, 2022. After the game is retired it no longer be sold on Steam, although existing customers will still be able to access the game.

Additionally, Unity Technologies will be retiring its Unity Relay Server, which our online multiplayer functionality is based upon.

We are advised by Valve to inform our community of this change: online multiplayer service in Auto Age: Standoff will be discontinued in the coming weeks or months.

Further information about the future of Auto Age: Standoff will likely be posted to our Discord server[discord.gg] and social channels like the studio Twitter. We have more to share but aren’t allowed to discuss it on Steam.

As early as May 9th, the same day that the game was delisted on Steam, Auto Age: Standoff (Sunset Edition) was released on itch.io. The game’s page on itch.io offers the following explanation of the differences between the two versions of the game:

The Sunset Edition disables all Steam connectivity and strips out the previous online multiplayer functionality. It’s still possible to play online, but it’s not a very convenient setup. LAN functionality has been added.

The Sunset Edition is offered as “pay what you want” and will not likely be further improved or developed. Play at your own risk.

In a high-tech world of lowlifes, you’ll need every advantage you can get. Choose your chassis and gear up with powerful weaponry and the latest gadgets, including missile launchers, ramming plates, mines, repair stations, and more.