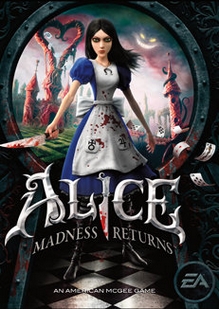 Alice: Madness Returns was delisted from Steam on or near September 7th, 2016. Some suggested that Electronic Arts chose to remove the game from Steam, along with several others, to incentivize purchases from their own Origin service. However, at least one user reportedly received a reply from Steam Support in late September of 2016 regarding the DRM implementation.

Surprisingly and without notice, Alice: Madness Returns was relisted on Steam on February 28th, 2022, over five years after it was originally removed. According to Steam Community forum discussions at the time, the only change to the game is the removal of EA’s old DRM solution which reportedly caused the delisting in the first place. The game was again delisted from Steam on June 16th, 2022 before returning yet again on June 20th, for unknown reasons.

Alice: Madness Returns was formerly available through the Humble Store as a Complete Edition, which included a remaster of American McGee’s Alice and two unlockable weapons. After EA’s partnership with Humble Bundle ended on March 4, 2022, the game was removed from the Humble Store.

As children we were told the story of Alice, a girl who went on an amazing adventure with mischievous cats, fancy tea parties, and an extremely irritable Queen. This isn’t a fairytale.

When you download Alice: Madness Returns for your PC, prepare to toss any warm and fuzzy memories of Wonderland out the window. After the death of her family, Alice is now a mentally disturbed young woman. She’s gone through the morbid world of Wonderland before, and now she must descend once again to the depths of madness. The creatures are twisted, the puzzles are wicked, and the world around her is dissolving into insanity – but Alice is ready. Armed with her trusty Vorpal Blade, new magical abilities, and some kick-ass gothic dresses, Alice is a force to reckon with.

Alice is not only on a quest to restore her sanity, but also to discover the truth behind her family’s fiery death eleven years ago. That horrific event may not be a simple accident caused by the house cat. But is she ready to face the truth? Can her already fragile mind survive another trip down the rabbit hole? Her questions can only be answered if you download Alice: Madness Returns.

Follow that seriously sinister rabbit and leave your fond memories of Wonderland behind.