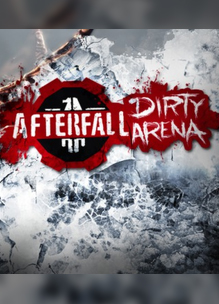 From G2A: The post-apocalyptic version of survival mode from Afterfall Insanity – Extended Edition, is now available as a stand-alone game!  In Afterfall Insanity – Dirty Arena Edition the player has to survive waves of enemies, complete stages of the arena and perform special tasks which will be awarded with achievements. The new mode consists of encounters divided into smaller waves and mini-boss fights, as well as tougher challenges in the form of Boss fights. Between the battles players are able to purchase weapons and ammunition using currency they earned in the Arena.