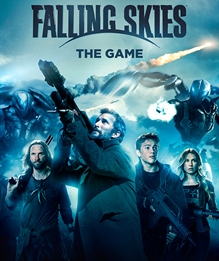 Falling Skies: The Game was delisted on Steam on July 15th, 2017. It is assumed that the PlayStation 3 and Nintendo Wii U versions were delisted around this time. It’s removal is likely due to expired licensing of the Falling Skies series from TNT.

The game remained available to download exclusively on Xbox 360 but was ultimately delisted in March of 2018. While the game remains available on physical media for PlayStation 3 and Xbox 360, the release on Wii U was digital only making that version impossible to acquire if it was not previously purchased.

“Players will help the original cast of Falling Skies in their resistance against the Espheni invaders.  Set between the epic events of the show’s third and fourth seasons, the game allows players to navigate through an open-ended series of side missions to collect resources and build new weapons for their squad. Armed with the best gear to head the human resistance, players will assist Tom and Ben Mason, John Pope, Maggie and Anthony in this thrilling untold chapter of the war for humanity’s survival!“