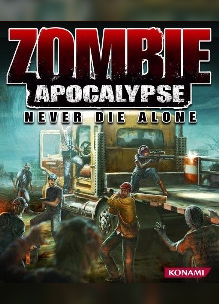 Zombie Apocalypse: Never Die Alone was last confirmed to be available on Xbox 360 on May 27th, 2016. By November 2016, TrueAchievements.com had reported that the game was removed from the Xbox Marketplace. It has also been delisted from PlayStation Network for PlayStation 3 at around the same time. As it was only released digitally for these two consoles the game is now Extinct.

The exact reason for the delisting is uncertain. Developer Backbone Entertainment’s other digital titles remain available so it doesn’t appear to be related to the studio. It is possible that the game was an underperformer and in Konami’s withdrawal from the console games industry they chose to no longer support its availability. Oddly, the game’s predecessor, Zombie Apocalypse — developed by now-defunct Nihilistic Software — remained available on both consoles until being delisted in April of 2019.

Four unlikely heroes find themselves caught in a fight for their lives when the Zombie Apocalypse hits their Canadian community. Banding together for both humor and survival – and armed with everything from guns to cricket bats – the four must find a way off the island… together.