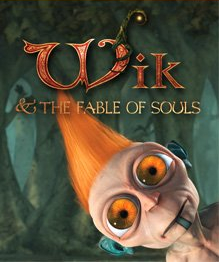 Wik & the Fable of Souls was delisted from Reflexive’s own PC storefront in June of 2010, from Steam on November 24th, 2014, and from Amazon’s digital game store after April of 2016.

“Download the latest game taking the internet by storm! Wik and the Fable of Souls has over 120 jaw-dropping levels, enchanting atmospheric music, stunning effects and never-before-seen game play. This is a delightful game featuring superbly detailed graphics that will keep you spellbound with amazement. Download and discover the mystery of Wik!“