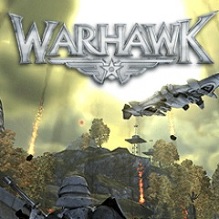 Warhawk (Warhawk: Complete Edition and all DLC) were delisted on PlayStation 3 no later than November 2nd, 2018. This is the date we received a tip that the game had been removed from sale in Europe and verified it had also been removed in other territories. Shortly before the game’s removal, PlayStation Europe updated their Decommissioned Servers page with the following news:

“Online servers for Warhawk will be shut down on 31st January 2019 at 08:00am GMT. As Warhawk is an online-only title, this shutdown means that the game will no longer be playable unless the PS3 system is set to LAN mode, as only local network play will function.”

As of this post the demo and full trial versions remain available to download in Australia, Europe, and North America respectively. On November 14th, 2018 Sony America sent users an email to confirm the shutdown date had been extended to North America as well. The game is also still available on physical media although most of its content will not be accessible without online functionality after January 31st, 2019.

The long-awaited remake to the PlayStation® hit takes flight on the PLAYSTATION®3. In Warhawk™, players will experience a true full-scale war in an intense online multiplayer arena. Take to the skies and engage in high-speed aerobatic dogfights or hover to provide crucial aerial support to surging ground troops. Unleash an artillery assault with heavily armored tanks and all terrain vehicles. Advance on-foot to frontline positions and key locations with an array of devastating weapons, mounted guns and emplaced defense turrets.

Experience the online modes like Deathmatch, Team Deathmatch, Capture the Flag and a brand new game type, Zone. Large scale battles and up to 32 players will encourage teamwork and emphasize strategy for an invigorating combat experience.

Thanks to Lorath for submitting this information to the site.