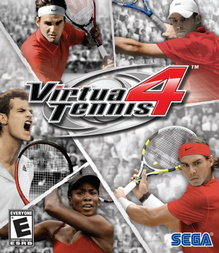 Virtua Tennis 4 (released as Power Smash 4 in Japan and as the World Tour Edition on PS Vita) was delisted from Steam on April 23rd, 2015. The downloadable Xbox 360 Games on Demand and PlayStation Network versions were presumably delisted shortly thereafter.

Sega was surprisingly open about the reason for the delisting in a statement given to VideoGamer.com, explaining that “certain licensing arrangements for Virtua Tennis 4 will expire on April 23rd, 2015, after which, the game will be no longer be available to purchase from Steam and all other digital retailers and platforms. This will not affect users who have already purchased the game”.

Thanks to Eef for submitting the game and pointing out that beyond player likenesses the game also featured real world gear from Adidas, Lacoste, FILA and the like. Fortunately, the game remains available on physical media for Nintendo Wii, Xbox 360, PlayStation 3, and PlayStation Vita.

“Developed to take full advantage of Kinect™ for Xbox 360®, PlayStation®Move, and MotionPlus, Virtua Tennis 4 puts players closer than ever before to being out on the court. Fans of the world’s No.1 selling tennis series can also enjoy all of the new features using regular controllers. Boasting its strongest ever player line-up across all platforms, Virtua Tennis 4 features the world’s top stars such as world No.1 Rafael Nadal, 16-time major champion Roger Federer and UK No.1 Andy Murray. Joining them for the first time are seven new champions making their debut to the series, enabling players to take on the likes of Juan Martín Del Potro, Fernando Gonzalez, Caroline Wozniacki and Laura Robson.

In addition, Virtua Tennis 4 sees a totally new World Tour career mode designed to encourage replay value with an element of off-court fame. Each decision affects a player’s career path meaning no two careers will ever be the same, while a brand new on-court feature makes for even more dramatic singles and doubles matches. Players can build up their Match Momentum gauge over the course of a match and revel in their improved ability as their players grow in confidence.

The new Online Mode offers an invigorating experience with the choice of a competitive and casual area to suit all players. This new hub will be the most engaging online experience for tennis gamers ever, promising a more competitive matchmaking system and online tournaments geared to seeking out the ultimate Virtua Tennis Champion. Virtua Tennis 4 is developed by the original Virtua Tennis Team in Japan.“

“On top of front and rear Touch Panel controls used both on and off court, gamers will also be able to play the whole game with classic pad controls. [The] Vita’s Party function makes the World Tour Map and Online Mode fully social experiences where gamers can track their friends progress, chat, share stats and comments, and challenge people to online matches.

Add to this some exciting customization features using the Vita Camera, such as customizing your character with a  photo of your own face, plus a special Touch Versus Match which allows two players to battle on the same Vita. Virtua Tennis 4 promises to bring tennis on handheld consoles into the next generation.“

Thanks to Eef for submitting information on this game to the site. 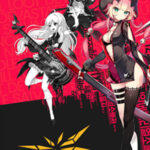