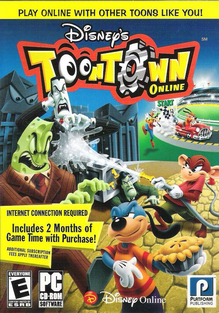 ToonTown Online was ultimately shut down on September 19th, 2013. In the years before this the game had slowly been retired across various countries until it was consolidated to the North American region. A closing announcement and FAQ page were published on August 20th, 2013 stating that all existing players would have unlimited access to the game’s content until its closure in September. The FAQ page fielded the question of why the game was shutting down after ten years in operation:

In June of 2015, Jesse Schell of Schell Games recorded a Q&A video that debuted at OMG!con discussing the history and fate of ToonTown Online. He mentioned that the game’s subscription model and desktop-based gameplay became unsustainable (not unlike Club Penguin which Disney shut down in 2017) but that discussions about a revival persisted through 2016. As of July 2019 the game has yet to return in an official form but fans have worked diligently since October of 2013 on a private-server recreation of the game known as ToonTown Rewritten.

“Toontown is the world’s first 3D massively multiplayer online PC game (MMOG) designed especially for children and their families. And, from today, they can go online to enjoy a quite unique gaming experience.

Their help is needed in Toontown because Scrooge McDuck has accidentally unleashed the Cogs, and now they are determined to turn its fun-filled and colourful landscape into a bleak, grey metropolis of bland skyscrapers and businesses. Players – who appear in the game as 3D personalised Toon characters – have to take-on the Cogs to help rescue their town.

In addition to this key task, there are hundreds of quests that must be completed for players to progress through Toontown. And the game also features a host of mini-games in each neighbourhood – including Lucky Number, Underwater Ring, Boom-A-Toon, Toon Tag, Match Minnie, Dodge-a-Cog, Tug-O-War and Catching Game. Mini-games earn players jelly beans, which can be used to buy battle props in Goofy’s Gag Shop. And what do gags do? Help you defeat those pesky Cogs!“