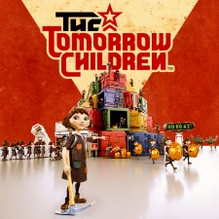 On July 6th, 2017 Q-Games and Sony Interactive Entertainment announced in a bi-lingual post on the game’s Japanese site that online service for The Tomorrow Children will end on November 1st, 2017.

We want to apologise to all of our users who still continue to enjoy this title and ask for your understanding with the decision to end the service. There is only a short amount of time remaining, however The Tomorrow Children development and operations team hope that you can all continue to enjoy our title until the end of service. And we would like to extend our thanks and best wishes to you all who continue to enjoy and play our game.”

The post also outlined a timeline of important dates leading to the end of service:

Finally, the post detailed that the in-game Black Market would remain active until the end of service and that any remaining Freeman Dollars would be void on November 1st, 2017.

Q-Games later announced on November 9th, 2021 that the studio had acquired the rights to The Tomorrow Children and were working on rebuilding the game as a new title. Gamesindustry.biz then spoke with Dylan Cuthbert from Q-Games in February of 2022 where he elaborated on the “perfect storm” that led to the game’s demise.

“It was a free-to-play game, so it needed time to grow, and for us to work out how to monetise it properly. But that’s the main reason it ended up being shut down, because we didn’t really manage to monetise it. We weren’t experienced in free-to-play, so that probably didn’t help, but neither were Sony. We were still finding our way to earn from the players. Not in a manipulative way, we wanted to find a nice way to earn just enough to keep the game going.” […]

“And it’s just one of those unfortunate things; we had a lot of content planned, but the tide had just changed at Sony internally and they were moving away from free-to-play. They cancelled a whole bunch of free-to-play titles around that time, and were moving back to premium titles. We got caught up in that as well.”

The Tomorrow Children is a free-to-play game that merges social and action gameplay to deliver a unique new online sandbox experience from renowned indie studio Q-Games (PixelJunk series). Mankind is on the verge of extinction, and you must cooperate with other players to build your town and defend it from monstrous invaders. Stand tall, unite with your fellow citizens, and help lead civilization back to its former glory.

Explore a Unique Online Sandbox
Customize and upgrade your very own projection clone, and have fun playing, mining, jetpacking, building, defending, or anything else you can discover.

Rebuild Civilization
Scour and mine strange “islands” in the Void for vital resources and items that can be used to build, upgrade, power, feed, and defend your growing town.

Beware the Izverg
Be on the lookout for the monstrous Izverg – gargantuan beasts seeking to stamp out humanity’s final remnants. Work together with your comrades to build defenses and man turrets to stop the onslaught against your town. Stay vigilant! Stay safe!

The Tomorrow Children takes place in an alternate timeline that diverged from our own reality during the Cold War. In this alternate reality, everything changed when in 1967 the Soviet Union pushed a project to merge all human minds into one global consciousness. Unfortunately, scientists did not foresee the terrible results their experiments would bring about.

The minds of all mankind were combined and transformed into a strange entity simply known as the “Void,” eradicating most traces of civilization and organic life across the planet. To make matters more grievous, fear accumulating within the Void gave rise to the Izverg—gargantuan beasts threatening to stamp out man’s final remnants.

And yet, in the face of dire adversity, the human species endured—eventually uncovering a way to reclaim their brethren from the Void. Beings called “projection clones” were created to undertake this rescue operation, and thus rebuild the world from the ashes.