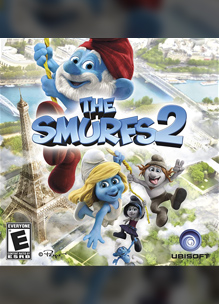 The Smurfs 2 was last confirmed available on Xbox 360 on September 7th, 2015 and delisted by the next Archive.org capture on April 7th, 2016. It is presumed that the Wii U and PlayStation 3 versions were delisted alongside the Xbox 360 version within this timeframe.

The Smurfs 2 was most likely delisted due to expired licensing of The Smurfs from Sony Pictures and Peyo Productions. The game remains available on physical media on multiple platforms.

One of the summer’s top animated films is now a video game! The evil wizard Gargamel has created the Naughties, and together they travel to Smurf Village, kidnap Smurfette, and imprison her in Paris. It’s now up to Papa Smurf and friends to travel from the Enchanted Forest, through the streets of New York, into Paris, and everywhere in between to save the day and bring Smurfette home safe!