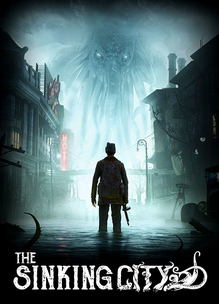 On August 25th, 2020 Frogwares Studio’s Sergey Oganesyan posted an open letter on the company’s blog to explain why The Sinking City had been delisted from the Epic Games Store and PlayStation 4. The detailed post called out shorted payments from publisher Bigben Interactive/Nacon and their subversion of Frogwares’ intellectual property relating to the title.

The studio remained hopeful that The Sinking City would be back on the affected platforms someday, stating that “we will inform you as we reappear on more platforms on our social channels“. Frogwares was able to publish the game on several platforms themselves and those versions — on PC through Frogwares, Origin and Gamesplanet, and on console for Nintendo Switch — remained available. As of August 26th, the Epic Games Store and PlayStation 4 versions had both been delisted while the Xbox One edition remained available to download until some time in September of 2020.

The Sinking City debuted briefly on Steam on January 5th, 2021 but was removed from sale later that same day. The game has since been relisted on Xbox One and PlayStation 4 and remains available as of late January. The cause behind the game’s intermittent return relates to an update from the proceedings still unfolding in French courts. Nacon issued an interim victory citing the ruling that the “continuation of the contract [would remain in effect] until its term or until a decision is made”. In a subsequent update, Nacon added that “it is Frogware’s responsibility to return the game to at least some of the storefronts in question and that it has no control over the timing of the return”.

Nacon next released The Sinking City on Steam on February 26th, 2021. Frogwares reacted to this release later the same day on Twitter, posting that “Frogwares has not created the version of @thesinkingcity that is today on sale on @Steam. We do not recommend the purchase of this version. More news soon”. Under accusations that Nacon’s version of The Sinking City on Steam was pirated, hacked, or otherwise obtained without the consent of Frogwares, the studio submitted a DMCA request to Valve. The game was then removed from Steam once again on March 2nd, 2021. Legal proceedings clearly have yet to be settled publicly at this time.

Frogwares has since been able to publish next-gen versions of the game on PlayStation 5 in February 2021 and Xbox Series X|S in April 2021.

The Sinking City is an adventure and investigation game set in an open world inspired by the universe of H.P. Lovecraft, the master of Horror. The half-submerged city of Oakmont is gripped by supernatural forces. You’re a private investigator, and you have to uncover the truth of what has possessed the city… and the minds of its inhabitants.