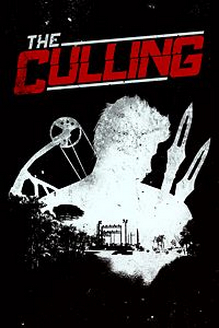 The Culling was delisted from Xbox One on September 13th, 2018 according to reporting by TrueAchievements.com. On September 14th, the Steam version of the game transitioned to a free-to-play model, now known as The Culling: Origins.

In a Steam Community forum post preceding these changes, Xaviant addressed the Xbox One version specifically, stating that “we don’t have a firm date yet but we’re working to get the update to Xbox players ASAP. There is custom work required to support free-to-play on Xbox One as well as a certification process that must be passed. We’ll let you know when we have a better estimate”. The Xbox One version was updated and relisted on November 13, 2018.

These changes to the original game came about following the disastrous launch and subsequent delisting of The Culling 2. Despite these changes, Xaviant eventually announced on March 18, 2019 that The Culling Origins would shut down on both platforms on May 15th, 2019. The game was removed from Steam and Xbox One on March 25, 2019.

The Culling has had a wild ride. Since the game’s original launch in March of 2016, more than 3 million of you have tested your resolve on the island, with nearly half that number joining the fray since The Culling: Origins became free to play on Xbox One last November.

The game’s servers have run continuously (with the stray outage here and there) for three years, but the time has come for us to announce that we will be taking The Culling offline on May 15th, 2019. While The Culling’s offline modes will remain available after that date, online play and associated features will not. To that end, the game’s store pages and in-app purchases will be disabled as soon as possible.

When we launched the Origins update and made the game free to play, our hope was that the revenue generated from in-app purchases would be enough to sustain our team and support ongoing development, but unfortunately that was not the case.

Even with thousands of active daily users, the revenue was only a fraction of what our dev team required to continue daily operations. As a result, we’ve been forced to reduce our team size, which renders us unable to provide ongoing support and updates that would allow the game to grow and thrive.

If there is a team out there who is interested in taking the reins from us and exploring the game’s potential, please contact us at [email protected] We think that with the proper resources and know-how in the free to play world, the right group could make great things happen.

While it’s sad for us to say goodbye, we want to offer a sincere and heartfelt thank you to everyone who has enjoyed the game, contributed feedback, and spent their hard-earned money to support our efforts over the years. The Culling has always been a labor of love, a learning experience, and an opportunity to pursue our passion for making games.

A year and a half later, The Culling: Origins would pivot again, changing to a pay-per-play model and finally reappearing on Xbox One under the listing for The Culling. Given the changes, we are not currently considering this a relisting of The Culling but wanted to convey the next chapter in the series’ story here.

“In a remote arena, 16 contestants have 20 minutes to explore, scavenge items, craft weapons, build traps, hunt, and kill each other! Face to face, mano a mano, This is Battle Royale in its most brutal form. That means only ONE will be crowned the winner. Do you have the guts to survive?“