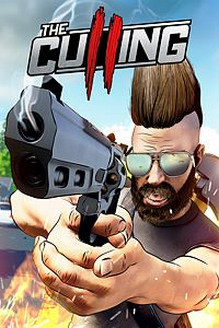 The Culling 2 was removed from sale on Steam on July 18th, 2018. Earlier that day Xaviant Games’ director of operations, Josh Van Veld, published a video explaining the decision to remove the game and refocus on the original title, The Culling.

“One thing that has emerged very clearly for us is The Culling 2 was not a game that you asked for, and it’s not the game you expect as the worthy successor to The Culling.”
– Josh Van Veld

The PlayStation 4 version was removed from sale no later than July 19th while the Xbox One version remained available to purchase for a short time thereafter. In the video, Van Veld also said that the team was working with platform holders to issue refunds to anyone who had purchased the game. It is likely that the title will disappear completely from anyone’s download history, though it would be unplayable anyways without access to servers.

“You think you know Battle Royale? This is Battle Royale distilled into its purest form. The game mechanics, the match pacing, and the online server performance are all tuned to provide the cleanest, rawest, most visceral competition on the planet. It’s everything you need and nothing you don’t.

In 2016, The Culling emerged as the world’s first built-from-scratch Battle Royale experience. Featuring a lush island arena, brutal melee combat, and a long list of perks to help you define your play style, The Culling offered the most intense experience many contestants had ever experienced.

The Culling 2 expands on every aspect of its predecessor: The arena is now a massive space, with 20 square kilometers in which to explore, loot, and fight. In addition to the established melee combat system, a wide range of firearms are now on offer, from 9mm pistols to high-caliber sniper rifles. All ballistics have been carefully tuned to match real-world equivalents, making for tense and tactical firefights. With 50 players, the matches are set to be fast and brutal, while still accommodating players who prefer a more cautious approach.

If you think you have what it takes, it’s time to suit up and compete in the next season of the original deadly game show: The Culling 2.“