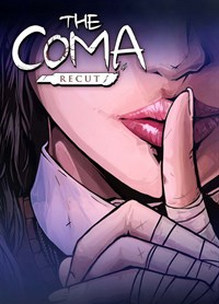 The Coma: Recut was relisted on Nintendo Switch in Europe, Japan, and North America in Fall of 2020. The game has been updated with new release dates and is now published by Headup Games who also handled The Coma 2. The original delisting details follow.

The Coma: Recut was delisted on PlayStation 4 in Europe and North America by early March of 2020 according to discussions on PSNProfiles forums. Then on April 7th, 2020, publisher EastAsiaSoft announced that the game would be delisted from the PlayStation 4 across Asian territories on April 30th. Based on Google Cache archives of Nintendo.com, the Nintendo Switch version of the game was then delisted across Europe and North America in early June.

It is possible that developer Devespresso Games prefers to keep only their latest entry in the series available on most platforms. In a similar fashion, they delisted the original version of The Coma: Cutting Class from Steam just before releasing The Coma: Recut. Another possible explanation is that the publishers they have chosen to work with have required that the older console versions be removed from sale after some time. For example, The Coma: Recut is currently only available on Xbox One, and on the Nintendo Switch in Japan, as The Coma 2: Vicious Sisters has yet to be released on these platforms.

The game also received a pair of boutique physical releases in 2018: Play-Asia produced a limited edition PlayStation 4 version and Signature Edition Games released a collector’s bundle on Nintendo Switch. The game was also widely published on Nintendo Switch at retail across Europe and North America.

“In this creepy Korean survival-horror you take the role of Youngho, a hapless student who finds himself trapped in the nightmarish halls of his high school. After drifting asleep during his final exam he awakes in the school at night. The only problem is…he’s not alone. Relentlessly pursued by a psychotic killer, he must now muster the courage to solve the mystery of why he is here and how to escape.“