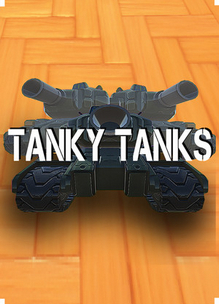 In the case of Tanky Tanks, EpiXR Games UG has gone on to re-release the game on Steam and bring it to Nintendo Switch and Xbox One. The original release and its VR counterpart are no longer available.

Tanky Tanks is an intense, fast-paced tank shooter game. It is fun, easy to learn, and addicting. Play alone, together with friends or against your friends, and show your navigation and reaction skills in 6 different game modes and countless levels.