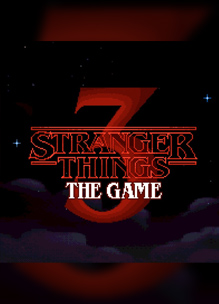 Developer and publisher BonusXP announced on August 25th, 2021 that the Steam release of Stranger Things 3: The Game would be delisted on August 31st. GOG.com then posted on August 30th to announce that the game would also be removed from sale on their platform on the following day. BonusXP’s announcement on Steam follows:

On Aug. 31, 2021, Stranger Things 3: The Game will be removed from sale on Steam. We’re very grateful for all the Stranger Things fans that traveled back in time with us to the Summer of ’85 for this adventure through Hawkins. If you purchased the game prior to August 31, 2021 on Steam, it will remain in your library and continue to be playable.

Unconfirmed ahead of time, by the end of September 1st all remaining versions of the game were also delisted. This includes iOS and Android mobile platforms, the Epic Games Store release, and all versions for Nintendo Switch, PlayStation 4, and Xbox One. Like the delisting of Stranger Things content in Dead by Daylight, the cause for this delisting appears to be expired licensing of the property. However, speculation suggests at this time that Netflix may have pulled the game from other platforms in order to offer it as an exclusive on their upcoming Netflix Gaming initiative.

Stranger Things 3: The Game is the official companion game to Season 3 of the hit original series! Play through familiar events from the series while also uncovering never-before-seen quests, character interactions, and secrets! This adventure game blends a distinctively retro art style with modern gameplay mechanics to deliver nostalgic fun with a fresh new twist.

Just like in the show, teamwork is at the heart of Stranger Things 3: The Game. Fans can team up in two player local co-op to explore the world of Hawkins, solve puzzles, and battle the emerging evils of The Upside Down as one of twelve beloved characters from the show.