[UPDATE 09/02/21] By no later than the evening of September 1st, the remaining console and PC versions of the game were also delisted. iOS and Android as well. Our original post from August 30th follows:

First Dead by Daylight announced it would be retiring its Stranger Things content on November 17th, and now we have word that the show’s video game spin-off, Stranger Things 3: The Game will be removed from sale on Tuesday, August 31st. That’s tomorrow… or today depending on how quickly you caught this post. The announcement on Steam was made a few days ago but GOG.com just confirmed earlier this morning that the game will also be leaving their platform on the 31st.

On Aug. 31, 2021, Stranger Things 3: The Game will be removed from sale on Steam. We’re very grateful for all the Stranger Things fans that traveled back in time with us to the Summer of ’85 for this adventure through Hawkins. If you purchased the game prior to August 31, 2021 on Steam, it will remain in your library and continue to be playable.

GOG.com’s announcement also confirms that anyone who buys the game before it is removed from sale will be able to access it through their library going forward. Clearly the licensing around the Stranger Things property is expiring, possibly to clear the air before an even bigger marketing push around 2022’s reported Season 4 debut. Thanks to everyone who pointed out the news. Grab the game now from Steam or GOG.com before you can’t! Unfortunately, we haven’t seen any confirmation if this deadline also applies to the game on the Epic Games Store, Nintendo Switch, PlayStation 4, or Xbox One but chances are good that these releases will also be pulled soon..

Kemono Friends 3 on PlayStation shut down after irreparable issues 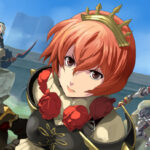 Fantasy Earth Zero shuts down in Japan on September 28 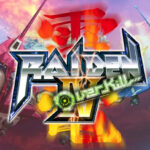