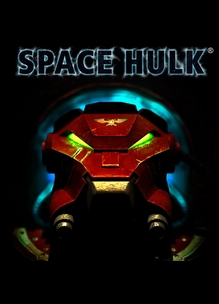 Space Hulk (2013) and Space Hulk: Ascension were both removed from sale on Steam on October 31st, 2019 when their price was set to $0.00. The digital console versions were likely delisted around this same time.

In March of 2015 Thomas Hentschel Lund, the CEO of Full Control Studios, announced that the company would cease development of new titles and scale down staff in order to “continue selling the Space Hulk and Jagged Alliance games and providing community support for several years to come”. As Jagged Alliance Flashback remains available on Steam it is most likely that Full Control lost licensing rights to Space Hulk and had to delist their releases.

WE ARE THE VANGUARD OF HONOUR. THE CUTTING EDGE OF THE BLOOD ANGELS. WE BRING DEATH.

The legendary Space Hulk returns to Windows PC, Mac and Linux in this epic turn based strategy game. Set in the Warhammer 40,000 universe, an intriguing story of legendary battles and heroic actions unfolds. Play as a small squad of fearless Space Marine Terminators who attempt to reclaim their honor by mounting an assault on a derelict space hulk infested by hordes of vicious tyranid Genestealers.

Take control of the Adeptus Astartes of the Blood Angel chapter and guide them towards glory, while battling fierce Xenos and uncovering ancient relics in the infested confines of the massive Space Hulk named “Sin of Damnation”.

The game is a 3D digital turn based strategy game that recreates the classic claustrophobic board game experience in both singleplayer and multiplayer.