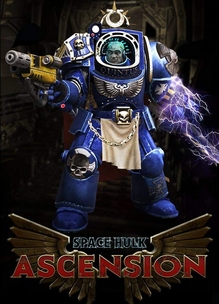 Space Hulk (2013) and Space Hulk: Ascension were both removed from sale on Steam on October 31st, 2019 when their price was set to $0.00. The digital console versions were likely delisted around this same time.

In March of 2015 Thomas Hentschel Lund, the CEO of Full Control Studios, announced that the company would cease development of new titles and scale down staff in order to “continue selling the Space Hulk and Jagged Alliance games and providing community support for several years to come”. As Jagged Alliance Flashback remains available on Steam it is most likely that Full Control lost licensing rights to Space Hulk and had to delist their releases.

Space Hulk: Ascension is a 3D, digital, turn based, strategy game, which builds upon the classic board game experience, and adds new RPG style mechanics, additional weapons, enemy types, an all-new chapter and loads of other new features.

Set in the isolated corridors and tomb-like chambers of ancient vessels lost in the graveyard of space, players lead a small force of fearless Space Marine Terminators in a ferocious fight for survival against hordes of predatory, alien Genestealers.