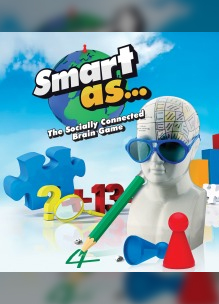 Sony announced in 2016 that Smart As would be losing its online components and multiplayer features on May 31st, 2016. Although the game remains largely playable without these features it is assumed that it was removed from sale on the PlayStation Store worldwide between May 31st, 2016 and some date in 2017.

Join the brain gaming revolution! Use cutting-edge touch, tilt and camera controls to prove how smart you are in the first ever socially networked brain game on PS Vita.

Solve math, memory, logic and word puzzles, crack augmented reality challenges and sharpen your rapid-fire reflexes to storm up the online leaderboards and show off your scores to the world via Facebook and Twitter. Download Smart As…™ today and give your brain a workout.