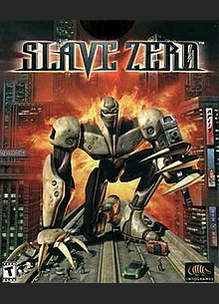 Slave Zero returned to GOG.com alongside the release of several other vintage PC titles published by Ziggurat. At that time, the studio also announced plans to bring more older PC titles back to sale through 2020 and 2021. The original delisting details follow.

Slave Zero was delisted from GOG.com no earlier than October 6th, 2019. This is the last date that Archive.org captures show that the game was available to purchase. As of this writing the game remains available on Steam where it is now published by Ziggurat after changing hands from Retroism in December of 2019.

“It’s 500 years in the future. Man and machine are virtually one, and the greatest megacity in the world is locked in a brutal war. Mammoth, biomechanical monsters tear at the sky, and the earth shakes with the full fury of a brutal battle. These are the warriors of the future, when war escalates to massive proportions, and immense power of destruction engulfs the streets. Harness the power, make a difference. Take control. Become Slave Zero!“