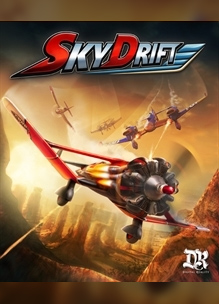 Digital Reality was shut down in September of 2013; their homepage is currently unavailable and their Facebook page remains untouched since 2013. On February 2nd, 2016, Nordic Games announced that they had acquired several Digital Reality properties through their subsidiary Nordic Games Licensing AB. SkyDrift has since reappeared on PlayStation 3 across European and North American territories with the publisher listed as Digital Reality Publishing. On Steam it remained in the hands of publisher Kalypso Media Digital until 2018 when HandyGames took over.

As of July 2021 SkyDrift remains available on PlayStation 3 and Steam and was joined by the July 29th release of SkyDrift Infinity on PlayStation 4, Xbox One, Nintendo Switch, and Steam. According to one of the developers of the Steam release, SkyDrift Infinity is “an extended remaster, with framerate no longer locked at 30, new planes, a new track, new maneuvers, and 2-4 split screen local multiplayer (with ai and all game modes selectable)”. As such, this is not considered a relisting for our site’s purposes.

Get closer than ever before to the world of adrenaline pumping sky-racing where flyboys can test and master their flying and combat skills against the deadliest opponents! Admire amazingly detailed terrains. Unlock state-of-the-art planes and personalize them with unique racing skins. Be the first on the single and multiplayer challenges, where possibilities are limited only by your own imagination. The goal is simple: If you can’t overtake them, shoot them down!