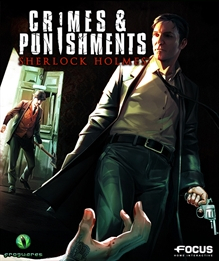 Sherlock Holmes: Crimes & Punishments was relisted on PlayStation 4 in North America on January 9th, 2020, and on Xbox One in North America and Europe on January 15th, 2020. Frogwares is now listed as the publisher for both relisted versions. On Xbox One the title has also been appended as Sherlock Holmes: Crimes & Punishments Redux. Frogwares’ tweets about each release follow:

We are happy to announce that our dedicated team worked hard to bring back Sherlock Holmes Crimes & Punishments on #PS4 after it was delisted. Currently, this only applies in the United States. So get ready to become the most celebrated detective of all time.
– Frogwares Twitter

To all #XboxOne owners out there, #Sherlock Holmes Crimes & Punishment is back online on your favorite platform! After it was delisted, we worked hard to bring it back and give you the chance, to once again, step into the shoes of the most iconic character of all time!
– Frogwares Twitter

“Become the most celebrated detective of all time: Sherlock Holmes! Use your impressive talents as a detective to solve six thrilling and varied cases: murders, missing persons, spectacular thefts and numerous investigations that sometimes lead you into the realms of the fantastic.

Will you follow your moral compass, or will you apply the letter of the law?

The great freedom of action in Crimes & Punishments allows you to conduct your investigations in the manner you deem appropriate. Use the 14 extraordinary skills of detection for which Sherlock is famous, choose the avenues of enquiry you wish to pursue, interrogate your suspects and, from your deductions, name the guilty parties… you can even determine their fate! The ramifications are far-reaching, and your decisions will exert a real influence through your reputation or the surprising consequences that will arise where you least expect them…“