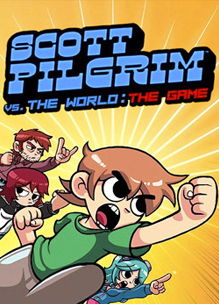 Scott Pilgrim vs. The World: The Game was delisted on Xbox 360 no later than December 30th, 2014. Confirmation of the game’s removal came from Twitter user lifelower who tweeted about a handful of high profile delistings on the same day. The PlayStation 3 version was likely delisted on or near the same date. Download codes for the game and its long-delayed DLC remained available into 2017 but have since sold out and have likely expired.

No reason has been stated for the game’s delisting but it was most likely the result of Ubisoft’s expired licensing from the numerous property holders involved. Along with the standard platform licensing, Ubisoft would need to involve the comic’s creator Bryan Lee O’Malley, the comic’s print publisher Oni Press, the film’s producer Universal Studios, and the game’s soundtrack composer Anamanaguchi.

Over the years O’Malley has confirmed repeatedly on Twitter that he would love to see the game return and that he had been trying to get Ubisoft on board. On August 13th, 2020, to commemorate the 10th Anniversary of the game’s release, O’Malley took to Twitter again in a brief thread where he confirmed that all parties involved would be willing to work with Ubisoft on a re-release or even a full remake of the game. Later that day he cryptically tweeted again, “PS. ubisoft has reached out to me“.

On September 10th, 2020 Ubisoft revealed in their Ubisoft Forward stream that Scott Pilgrim vs. The World would be re-released on PlayStation 4, Nintendo Switch, Xbox One, PC, and Stadia with all DLC included. The ‘Complete Edition‘ of the game was released digitally on January 14th, 2021. Prior to this, Limited Run Games announced on January 8th that they would produce a physical version of the re-release for Nintendo Switch and PlayStation 4 with an Xbox One release planned for the future.

SCOTT PILGRIM IS ABOUT KISSES AND KOs

Scott Pilgrim is a lovable loser and the best fighter in the province. He is in love with Ramona Flowers. But she has baggage! To get the girl, Scott must defeat the League of Ramona’s evil exes. Be prepare for some serious action…

PLAY AS OR PLAY WITH YOUR FAVORITE CHARACTERS

Team-up with up to 3 of your friends as SCOTT, RAMONA, STEPHEN and KIM or as one surprise character, each with their own signature moves and attacks.