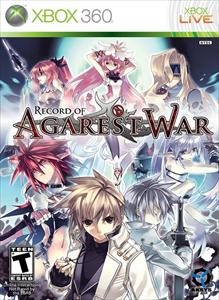 Emotions that transcend Generations… Hovering on the brink of death, a young knight named Leonhardt is given a choice by a mysterious woman who calls herself Dyshana: Enter into a contract with her and do her bidding, or die. The alternative being unacceptable, Leonhardt accepts her contract and finds himself drawn into a war that will consume not only his life, but the lives of his descendants as well…