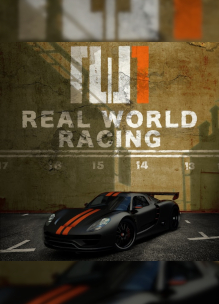 Real World Racing was delisted from Steam on June 15, 2016. On September 9, 2016, the developer Playstos Entertainment commented on the game’s delisting on its Steam community page stating:

Sorry about the delay, but it wasn’t possible to comment on this matter at an earlier time.

Unfortunately, a legal challenge came up regarding some of the content in Real World Racing and sales had to be suspended immediately.
No specific details can be disclosed, but if sales were to be resumed, we would have to modify parts of the game, and the effort is not financially viable. Real World Racing will remain indefinitely unavailable on Steam and any other platform.

As for what kind of legal issues arose, we were noticed by a car manufacturer saying that some of the RWR car models as seen in the game menus infringe on their patented designs, as testified on a certain game cars database website.

After verifying they did have a case against us, the best course of action was to just stop any further sale. Rectifying those car models and potentially other from more manufacturers would be hard and too costly to justify, given the game’s current and past revenue.

Real World Racing was previously available through other PC storefronts DRM-free during it’s initial release, however those versions were abandoned following the game’s Steam release.

REAL WORLD RACING is a top-down racing game using high-quality aerial imagery that lets you race through the world’s greatest cities! Speed through London, Paris, Berlin, Rome and many other cities from a new and realistic perspective in a refreshing take on racing simulations.

Thanks to TheRie for submitting this game to the site