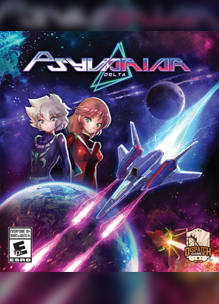 Psyvariar Delta was delisted on PlayStation 4 in North America no later than August 24th, 2020. This is the date that the game was submitted to the site and the earliest confirmation of the delisting that we have found so far. It appears that at some point Dispatch Games lost or purposefully terminated their digital publishing agreement with Sony.

As of this writing Dispatch Games continues to offer Psyvariar Delta on the Nintendo Switch eShop in Europe and North America. Psyvariar Delta is also still available on PlayStation 4 in Asian territories where it was published by City Connection.

First released in arcades in 2000, this enhanced version retains the classic BUZZ system that lets players enjoy the thrill of leveling up by avoiding direct hits and evading enemy attacks just enough to graze their planes.

Players can now set their stage, planes, levels, and experience. In the REPLAY MODE+, a player can challenge each area with their own plane and bombs. SCORE ATTACK MODE allows a player to play for the high score with their difﬁculty. Both modes will have an online leaderboard to show how you stack up against other players.

The new UI shows Ex levels, boss health, and invincible time remaining after leveling up. The new design is easy for beginners to understand while the information helps experts as well. In the options menu, a player can show the hit area for their own plane and their enemies so that the game can be adjusted based on the players level of play.

Along with the 2 original planes, there will be new planes available as paid DLC which bring all new original attacks. These DLC can be used on all levels allowing players to have a different game play experience.

Thanks to MapleStoryPSN for submitting this game to the site