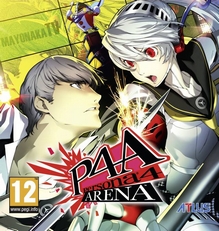 Jawad Ashraf, from the European PlayStation Store Team, confirmed to Kotaku that Persona 4 Arena had been delisted across Europe on PlayStation 3 as of May 22nd, 2014. Although unsubstantiated, the delisting is likely related to Zen United’s PlayStation-specific publishing rights in the territory. The Xbox 360 versions, also published in Australia and Europe by Zen United, remain available to download as of this writing.

For those looking to import the game NullY, who submitted the game to the site, offers the following warning, “It’s one of the only games to be region locked on the PS3. To play it if you were to live in a PAL country you would have to find a physical PAL copy which are limited or import a NTSC PS3 with a copy of the game from the same region or buy through the PSN of that region”.

“Developed in partnership with genre master Arc System Works, Persona 4 Arena uses gorgeous, hand-drawn, high definition 2D anime-style fighters and colorful, over-the-top special effects to bring to life characters from the acclaimed, highly popular Persona 3 and Persona 4. Backed up by an original, hardcore fighting engine from one of the most respected 2D fighting game developers in the industry, Persona 4 Arena represents the biggest, most noteworthy expansion of the esteemed series to date.“

Thanks to NullY for submitting this game to the site