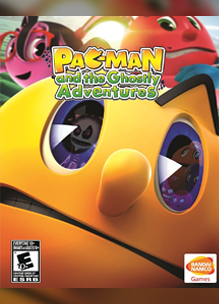 Both Pac-Man and the Ghostly Adventures and Pac-Man Museum were delisted from Steam on July 9th, 2020. The games were likely delisted around this same time on PlayStation 3 and Xbox 360 in North American and Asian territories. Ghostly Adventures was then delisted from most consoles in European and Australian territories no later than July 2021. Despite celebrating 2020 as the 40th Anniversary of Pac-Man, Namco has unexpectedly decided to remove these titles from sale without warning or explanation.

As other Pac-Man titles have been delisted in specific territories in the past, it suggests that there was some complication with the way Bandai Namco represented themselves on these releases. For example, in 2014 the company changed team names from Namco Bandai Games and Namco Bandai Studios to become Bandai Namco Games and Bandai Namco Studio, respectively. Then in 2015 the entire company rebranded as Bandai Namco Entertainment.

Lending credence to this theory, in 2016 the Xbox 360 version of Pac-Man Museum was released as a backwards compatible title for Xbox One and was not delisted alongside the older releases. It is assumed that these name changes are at least partially to blame for the delistings, requiring each release to be updated or to essentially be republished on each platform. Given the titles age, sales, and mediocre reception, Bandai Namco may have simply chosen to remove them from sale.

“Pac is back in an all-new experience for a whole new generation of fans. Featuring an original storyline inspired by the show as well as all the charming characters from the highly anticipated PAC-MAN and the Ghostly Adventures animated series created and produced by Avi Arad, acclaimed director and founder of Marvel Studios. Pac and his 2 best friends, Spiral and Cylindria, rise to the challenge of protecting their home, all the while fighting for: Friendship, Freedom and the Future!“