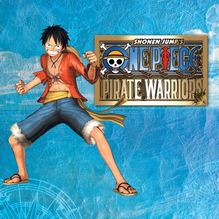 One Piece: Pirate Warriors was delisted from the PlayStation Store for PlayStation 3 some time after May of 2017 in North America and Europe.

One Piece: Pirate Warriors was a digital-only release in North America but remains available on physical media in Europe and Japan.

“Join Monkey D. Luffy on his quest to become the Pirate King. Use Luffy’s special rubber ability to defeat enemies by extending his arms or deflect cannonballs with rubber! Fight waves of surrounding pirates with the help of members of the Straw Hat crew including Zoro, Nami, and others in both exciting online and offline co-op missions. The world’s best selling manga comes to life in a fully rendered masterpiece exclusively on the PlayStation 3 system!“