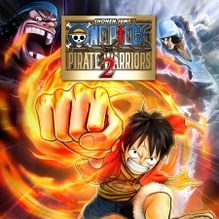 One Piece: Pirate Warriors 2 was only released digitally in North America on PlayStation 3. In European and Asian territories it was released on disc and digitally. According to a reader submission it was delisted from the PlayStation Store on or around February 1st, 2017.

We’ve confirmed it is no longer available digitally in North American and European territories. It is still available to download in Japan on both PlayStation 3 and Vita.

“Sail again with the Straw Hat Crew in One Piece Pirate Warriors 2, exclusively for the PlayStation 3! After two years of training and gaining new skills, the Straw Hat Crew is back and better than ever as Luffy continues his quest to become the Pirate King! Luffy and his crew will appear with their New World outfits and all new attacks to take down hordes of Pirates and Marines that will flood the screen. Immerse yourself by playing the “New World” with your favorite characters and their latest techniques and costumes.“